Experiencing Everyday Life in Japan with Emeline 3: Discovering Japanese Sweets with Our French Coworker Part 1: What are Wagashi? 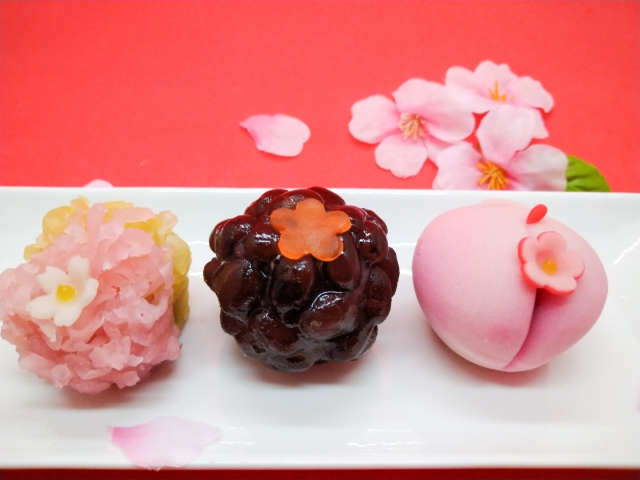 It is always exciting to try new food when going abroad! A lot of people enjoy discovering new flavors or eating unusual food when traveling, so culinary tourism is becoming more and more popular. Trying real Japanese food was one of the things I was looking forward to before my first trip to Japan.

I have tried a lot of new food since coming to Japan. Every day I can eat delicious things but recently, I am feeling homesick and realized I kind of miss French food. Unfortunately, it is difficult to find food that tastes like home in Japan, as many French restaurants only make fancy food. If I really want to eat French food, I have no choice but to make it myself.

I can cook just fine, but there is something that I still struggle with: desserts. If I try, I can make the simple ones, but more difficult desserts like macarons or Tarte Tatin (which is a caramelized apple tart you cook upside-down) require too much skill so I fail every time.

The good thing is that in Japan, it is not that difficult to find sweets and desserts like the ones we have in France. They are still a little different though, and that is what inspired me to write this article.

In Japan, there are also a lot of traditional sweets which are completely different from what I was used to in France. In this article, I am going to talk about the different types of sweets you can find in Japan and what I thought of them.

Sweets You Can Find in Japan

You can find two types of sweets in Japan: wagashi and yōgashi.

Wagashi are the traditional Japanese sweets. They go well with green tea and are often eaten during the tea ceremony. There are a lot of different types of wagashi but in general they are all made from plant-based ingredients.

On the contrary, yōgashi are sweets inspired from western desserts and adapted to fit the Japanese palate. For that reason, they can taste different from the sweets in western countries, even though they look similar.

You can find typical western desserts in Japan, but they are often sold by famous pâtissiers (at least for French desserts) and can be quite expensive.

Wagashi and yōgashi have distinctive characteristics but they are both delicious in their own way. In this article, I would like to talk about what surprised me when I first tried wagashi and yōgashi, and about how different they are from the French desserts I am used to.

“Can you eat wagashi?” I have heard this question so many times.

Recently, wagashi started being sold in a lot of foreign countries, so a lot of foreigners have gotten used to them. In France, and especially in Paris, there are shops that specialize in wagashi so you can easily buy namagashi (a sort of wagashi which change depending on the season and represent nature), dorayaki (a sweet made with two pancakes and a red bean paste filling) or daifuku (rice cakes with a red bean paste filling). Japanese food, including wagashi, is now popular all over the world. As it became normal for foreigners to eat sushi or sashimi, it is now no longer surprising to find foreigners who can eat and enjoy wagashi.

Red bean paste, one of the main components of wagashi, is often considered difficult to eat for foreigners but I do not really think this is true. When I first tried it, I thought it was delicious and neither the taste nor the mouthfeel felt strange.

My grandmother used to like making new food and since I was little, she would always try to make uncommon dishes. One day, she made lentil jam. At first, I thought this was weird but when I tried it, it was surprisingly good. The first time I ate red bean paste, it reminded me of my grandmother’s lentil jam, and it was nostalgic. Not a lot of people eat lentil jam in France though, so this example may just apply to me.

However, other ingredients can be surprising in wagashi. I was surprised to find wagashi made from vegetables like pumpkins, sweet potatoes, or even edamame (green soybeans). In France, it is not impossible to find sweets made from vegetables but they are quite rare. I think that this kind of flavor is more likely to surprise and confuse foreigners than red bean paste.

Japanese rice cakes (mochi) are particularly popular overseas, but what kind of mochi can you find over there? In most countries, you can only find daifuku or ice cream mochi. For that reason, a lot of foreigners might think that mochi is always sweet and round, but in fact, there are a lot of different wagashi made with mochi and they have different flavors and shapes.

When I first came to Japan, I only knew the mochi that were sold in France and I did not know about other varieties. I gradually discovered new types of mochi and enjoyed trying new ones every chance I had. For example, I discovered sakura mochi, which is mochi wrapped in cherry blossoms leaves, mitarashi dango, which are small rice cakes on a skewer covered in sweet soy sauce, and even warabi mochi, a jelly-like mochi covered in kinako (sweet toasted soybean flour).

The thing that surprised me the most was to discover that mochi is not necessarily sweet. In fact, you can also grill mochi and eat it with nori (seaweed) and soy sauce, or even use it in soups (like the one eaten on New Year’s called ozōni).

Recently, you can eat wagashi all over the world but of course, there are a whole lot more varieties in Japan. I have not tried a lot of different wagashi, but I am always excited to try new things and hope I will be able to discover new types of Japanese sweets.

In this article, I talked mostly about wagashi and only briefly mentioned the sweets inspired from western desserts. If you are interested in finding out what a French girl thought about these yōgashi and how different these are from French sweets, come back for the next part of this article!! 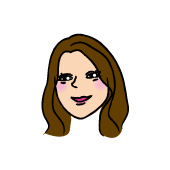