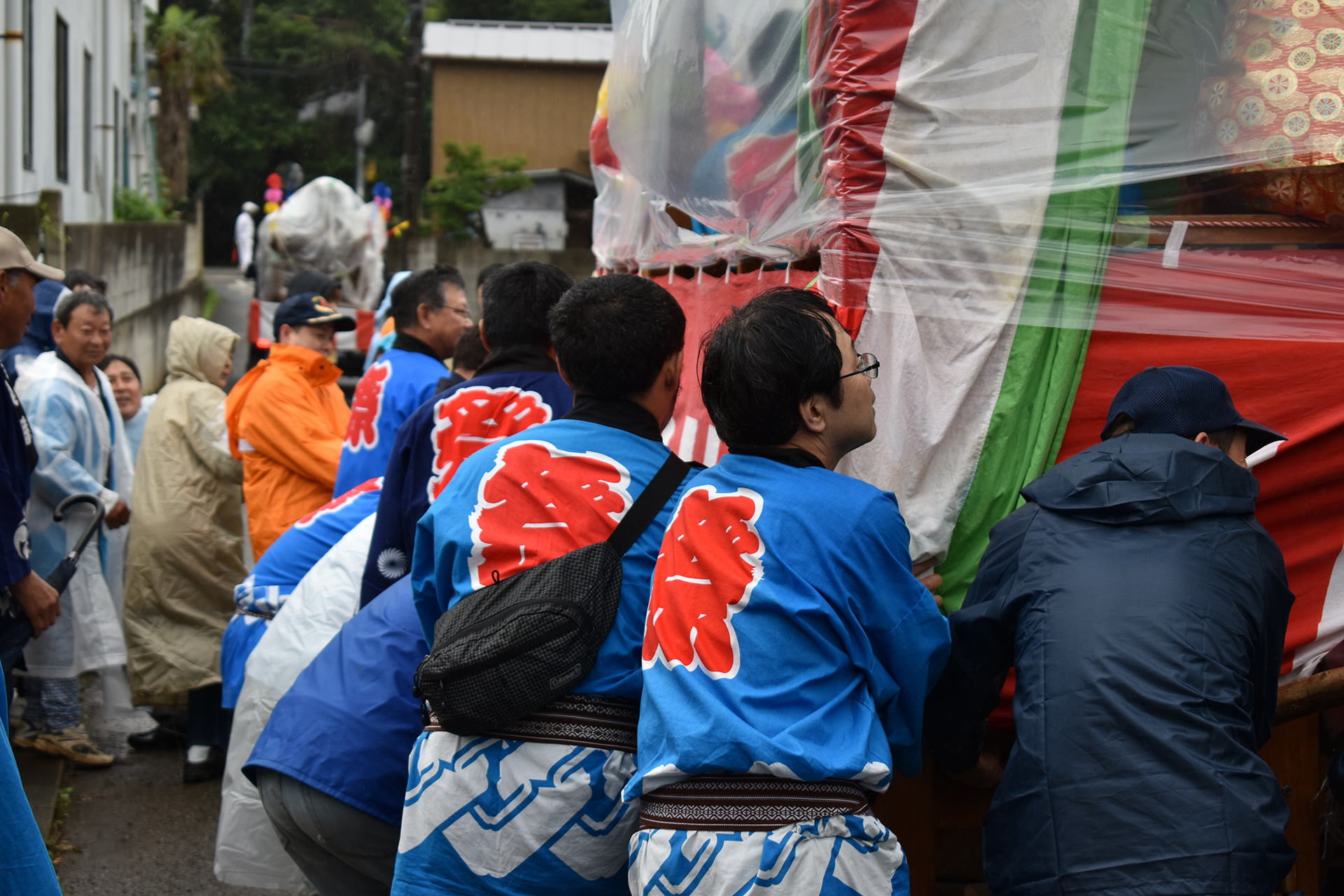 On July 7th, I participated in Tegabayashi, a cultural tradition in the Teganuma area. I hope that I can get everyone to participate in this special event, even if it is just through the pictures I took. It was raining throughout the festival, so some of the planned events had to be canceled. Even without the Taiko performance and the portable shrine, many people from the area participated and celebrated their community. Take a look at this year’s celebration and, if you feel up to it, why not join in?

Eight years ago, the Anba-Sama Mountain Carriage Progression (Ohayashi) and the Tega Summer Festival decided to join forces and create the new Tegabayashi event. The event started at 11, but I arrived early. The organizer explained the schedule for the day and everyone prepared for the first visitors.

"In the good ol' days, people made Barappa Manju at home, a tradition that is slowly fading out," explains the organizer, Mr. Ebihara, as he recommends we try one. Even in the pouring rain, many people show up just to get their hands on Barappa Manju.

While the adults enjoyed their manju, Kakigori (shaved ice) was more popular among the many children with its many sweet and colorful flavors.  They also played with traditional Japanese toys. It was early in the morning, but many families were attending.

I was way too early for the actual main event, so I had a lot of time to kill. I didn't want to waste this opportunity, so I strolled around the area and enjoyed the outdoors. I even passed by the Old Tega Church.

By the time I returned to the temple, the preparations were well underway. With nothing to help with, I honestly felt a bit useless.

The adults were busy preparing the big carriage. The children were supposed to carry the small Mikoshi (portable shrine). But the rain kept many children away, and the Mikoshi progression was canceled. I, at least, took some beautiful pictures of the Mikoshi itself.

As the preparations were complete we left on our epic quest, dragging the majestic carriage through the lands.

The first trip was from Koufukuin to Ryoujinja shrine, a procession followed by music performed in the carriage. Everyone had to work together to get us through the narrow streets. In the rain, I had to protect my camera so, again, I was of absolutely no help.

On our way back to Koufukuin, we stopped at different spots. Wherever we stopped, people served us snacks and drinks. We enjoyed ice cream, tea, pickled cucumber, and even fresh watermelon. This truly is the support a strong community gives to its members.

Last year, I walked through the same area and passed the same cute stores when I went to Teganooka Kouen for an article, a total stranger at the time. I never would have thought I would come back a year later and get free watermelon and snacks from the same place I adored so much before.

By the time we returned to Koufukuin, the number of people had multiplied.

Sadly, the rain wouldn't let up, so other events such as music performances were canceled as well. The rain, however, didn't stop all the children from lining up for a chance to win some toys.

Until then, let's all hope for clear skies next year and participate again.

We accept no responsibility for any changes that may have occurred